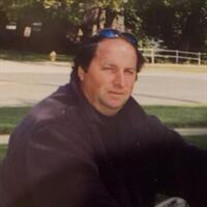 GEORGE D KLERMANGeorge D Klerman, 65 died unexpectedly October 20th, 2021 at his residence. He was born March 13,1956 at Westlake Hospital, the son of George S Klerman and Francis Klerman (Taubury).George graduated from Proviso East High School, class of 1974. Following graduation, he attendedLincoln Tech Automotive School. He married Sonja Blanton in 1988, and they settled in Melrose Pk.They celebrated 33 years of marriage in October. George was a loyal mechanic for over 30 years atSuperior Ambulance Service in Elmhurst. He had every unit number and color memorized. When hewould play the lottery weekly, he would play the unit numbers he worked on that week.In 2003 George fulfilled his dream of owning a Harley. He bought a 2003, 100th anniversary editionHarley Davidson Road King Classic. He looked forward to attending the Toys for Tots parade everyDecember. He would pack up the toys he bought for the kids, place his Santa decoration on the back ofthe bike, and ride off with his red Santa hat on his head. In 2020 he had his garage extended to the sizehe always hoped. His garage housed his bike, his Snap On Tool boxes, and all the other odds and endshe collected throughout the years.In addition to his parents he was predeceased by his brother Fred Scheffres. Surviving in addition to hiswife Sonja Klerman (Blanton) are his two daughters Samantha Kish (Klerman) and her husband BobbyKish of Melrose Park, Simone Stilphen (O’Higgins) of Roselle, his granddaughter Ryleigh Stilphen, onebrother John Klerman and his wife Sue Klerman of Wauconda, two sisters Phyllis Dombrowski ofSandwich, Joan Borcheck of Bellwood. Uncle to many nieces, nephews, and great nieces and nephews.Loyal, life long friend to many!A service of remembrance will be held 3PM to 8PM Monday, November 1st, 2021 at Riverwoods FuneralChapel, 205 S River Road Des Plaines, IL 60016.

The family of George D Klerman created this Life Tributes page to make it easy to share your memories.

Send flowers to the Klerman family.